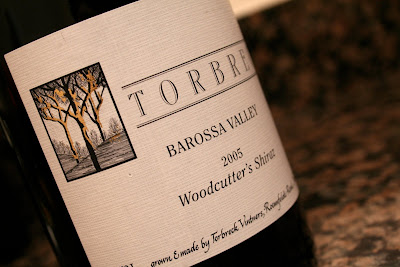 After a crazy first two weeks at my new job, things have quieted down a little. In fact, I’ve realized that in a strange way, I miss the constant buzz of the bullpen, even when I’m enjoying the quiet of my new office. Substantively, Tuesday was a fairly quiet day in terms of my workload, but it was a particularly good day because I found out that I will be receiving a small holiday bonus at the end of December. I was shocked, to say the least. It will be small, but that’s not the point. To find out 9 days into my new job and immediately after delivering my first big project that I was being recognized for the hard work I’d already done was a wonderful feeling. Then, as if that wasn’t good enough, I met up with a former coworker for a couple of hours of good girl talk. After that, I was off to a condo board of directors meeting. When I finally walked in the door, I was exhausted. It was a good exhausted, but I was still just ready to put up my feet and relax. As I really enjoyed previous wines that I’ve had from Torbreck Vintners, I open a bottle of the 2005 Woodcutter’s Shiraz to help warm me up and settle into what was left of the evening.

The 2005 Torbreck Woodcutter’s Shiraz (winery, snooth) was a deep ruby color with purple flecks. On the nose, there were big, juicy blackberry, plum, and blackcurrant leaf aromas, which were followed by a tough of eucalyptus. In the mouth, there were heave smoky and cedar flavors, which matched the name of the wine. Those woody characteristics were followed by black cherry, blackcurrant, and medicinal flavors. The finish was dominated by the medicinal flavors. The wine had a surprising amount of acidity, medium body, and firm tannins.

Is this worth a glass after work? Eh…if you have a bottle on hand, drink it, but I wouldn’t go searching it out either. At $23, this wine was a disappointment. I was looking for a woody, deep wine with hints of dark fruits to sink into and instead the Shiraz tasted like something that I bought at a pharmacy. I tried drinking the wine with food in an effort to tone down the medicinal characteristics, but had no such luck. It is rare that I don’t finish a bottle of wine, but unfortunately, this is one that I just couldn’t get into. If you’re looking for a good wine from Torbreck, I definitely suggest sticking with 2008 Torbreck Cuvée Juveniles, which costs the same, but is significantly better.